How Can I Promote My Film? 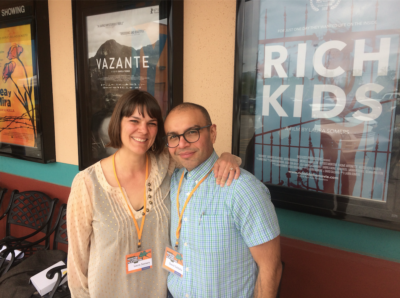 Let’s talk independent film marketing. For the last 3 years, independent filmmaker, Laura Somers has been hard at work on her film “Rich Kids”. From pitching the idea to co-writer David Saldaña, to finishing the film. It took 912 days to turn her dream of making her own movie into a reality. “Every day, I was working on this film and I never took a day off to rest. Now I’m about two-thirds of the way through the process and it’s time for the world to see “Rich Kids”.

After coming to our community for a creative movie poster, we sat down with Laura to get to know more about her movie. And why she chose Creative Allies to create the visual representation of her film.

Tell us who you are and what you do.

I’m an independent filmmaker based in Los Angeles but originally from Houston, Texas. For the last 3 years, I’ve been working on my film, “Rich Kids” but my current full-time job is a stay-at-home mom. Before that, I was a reality television editor for about ten years. When I had my son, I decided to leave that world behind to stay home with him. I wanted to take that opportunity while I was at home with him to realize my dream of being an independent filmmaker. I wanted to make a film that was not only entertaining but also touched on social issues that are relevant to what’s going on in our country and with our citizens today.

It was all about breaking down humanity, making people as ugly as possible, and taking away any positivity. Not all of the things I worked on were that way; a few shows were about elevating people and I loved those. But for the most part, it was all about taking footage from people and editing it to make them look worse than they actually are. After doing that for a long time, I realized I didn’t want to continue that.
I wanted to spend my time on earth putting good into the world and making people look good!

Have you made any films prior to ‘Rich Kids’?

I’ve done some short films and directed a feature film in 2013.  The original director had to step away so I was brought on two weeks before they were shooting as a sort of ‘hired gun’. It was a lovely independent film shot in California, in a farming community where they had a lot of orange groves. It was beautiful being out there in that community, which I had not really seen before.

Part of the great thing about working in media is that through different projects, you’re able to see all these different aspects of the world.   I’ve traveled to Africa and worked with African citizens from Nigeria, which was a really special experience. I learned that despite our locations, people are really not all that different. We all have the same dreams. We all love our family. And we all want to be treated with respect and have pride in what we do. But at the same time, we should embrace our differences and relish them. Our differences can actually teach us something about ourselves to make us be better, more evolved human beings.

Why did you feel it was important to make “Rich Kids”?

I wanted to look into communities that the media and news always paint in a broad stroke with this general idea of who people are. That’s simply been my whole life experience of going into different communities and immersing myself in their culture. I love meeting people who are different and I want them to tell me who they are because they are much more interesting than I could ever be. Other communities and cultures elevate me as a human being and my experience on this planet is much richer.   It’s been such a long journey making this movie but it’s really about highlighting the fact that people who live in poverty are not lesser people. They have a voice that deserves to be heard.

As we started to work on this film and decided to cast Latinos, I didn’t realize at the time but there was just this hole in the media, where there was no representation. I’ve realized just how important it is to have this kind of representation for the Latino community. It was so incredibly meaningful for the actors cast in the film to have this opportunity to work together and not be cast in stereotypical roles, like thugs or gangsters but to actually play real people with similar life experiences to their own.

Where did the movie idea originate from?

It actually came from my real-life experiences, growing up in my neighborhood. I grew up in a neighborhood in Texas where there was no zoning. On one side of the street there was a low-income community and then on the opposite side was an upper-middle-class neighborhood. At the time, my dad was a surgeon in the 1980s and was making bank! He built this really big house that everybody in every part of the neighborhood was curious about and it kind of became a myth in itself. There was a big fence around it, making the house very isolated and everybody wanted to know what that house was like on the inside.   When we were out of town, people would like to break in and explore so the film is really inspired by that.

About 6 years ago, my parents had kind of ‘abandoned’ the house due to not being able to sell it during the big housing bubble. They would check in once a month but the break-ins really began to escalate because everyone knew they were no longer living there. A group of kids from the low-income community broke into the house and left behind a lot of evidence that they had a really good time. But without giving too much away, a detective was brought on because the night ended up tragic, with something bad happening to these kids.

Don’t stop there! Go on.

I thought this would be such an interesting story to tell from the kid’s point of view. Everybody has fantasized at one point what it would be like to live the high-life. We all come from different classes but we all wonder what it’s like to have more. We often see these news stories about kids that break into a house and immediately they’re pegged as criminals. But see, I knew these kids from my neighborhood who I had grown up with and I wanted to highlight who they were as people and help others to stop just scratching the surface and making judgments on others before knowing their full story. I’m trying to change people’s perspectives.

Tell us why you decided you needed a movie poster?

That’s the most important part besides the movie itself. It’s the first thing people see and what gets people excited. But it’s complicated to tell a story in one summary image. To get the themes and everything you need to convey on top of getting someone interested in your movie. Because I’m so close to the material now, I’ve lost all perspective so I was thinking of cool ways to get others’ perspectives. I thought a movie poster contest would be a unique way to get the word out and have the film gain even more exposure.

Why did you go the crowd-sourcing route and come to Creative Allies?

I feel so fortunate to have found you guys. I googled poster design contest and you guys are literally the only company out there doing something like this. You’re onto something really special! When I was looking at all the previous contests and through your community of designers, I was really blown away by how talented everybody is.   And with a contest, there would be so many options to choose from.

Talk to us about the winning design chosen as the official movie poster.

We chose a design submitted by Luis Tereso because he really picked the perfect image that represented the themes of the film. There are so many layers to “Rich Kids”, like being on the outside, looking in, and having these invisible fences that are blocking access to so many things. Through Luis’ lo-fi design, it is all represented so beautifully. It was a low-budget, grass-roots project and his poster really matches the tone and overall feel of the movie. Another thing I love is the way he frames the character’s face with the “C”. It really brings so much attention to the emotion and the longing on this young man’s face. It was a really smart choice.

Lastly, the blue color was perfect because, in the film, the main character wants to break into a house simply to go swimming. The idea of the pool being represented was just so cool and something we had never even considered until we saw Luis’ poster and we were just like “Holy crap”! I have it framed in my apartment and it’s such a powerful feeling to see something that I’ve created turned into this beautiful, professional poster with my name on it. I love it so much.

What reactions have you received to the movie so far?

We’ve only shown to film at two film festivals so far but the impact that the film has had so far has been enormous. We’ve had so many people, from kids in their 20s to grown men in their 50s say to us, ‘“I’ve never seen myself on screen before, represented in this way”. It has been so amazing and means so much to me.   I hope we can get the film out to more communities that maybe don’t have a large Latino population. I think it would be cool for people to not only see these characters but see that we’re not so different from each other.

And we have received so many compliments on the poster! One of the other filmmakers at the Phoenix Film Festival came up to us and asked “Do you guys love your poster as much as I do? It’s friggin’ brilliant!”. When we were at the Houston Latino Film Festival, seeing everyone crowded around and taking their picture with the poster was such a special moment.

What advice would you give to aspiring indie filmmakers like yourself?

If you have a story to tell: tell it. Don’t wait for permission!  It took a long time to stop waiting for other people to give me permission to make something of my own. I know its a lot easier said than done. We didn’t have a lot of funds to shoot this film: 65k total. So I had to figure out what I could shoot and the story I could tell in the locations I had access to. I had to think as minimal as possible but once I came up with the idea for the script I said: I’m doing this and I’m not going to give up on it. There were many, many bumps along the way. It was an emotional journey and there were plenty of opportunities to just give up on it. 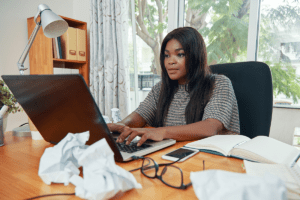 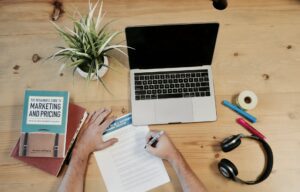 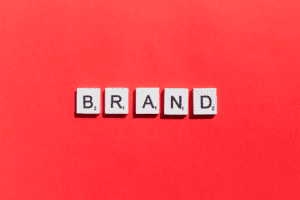